Edward Jenner lived here from 1785 to 1823. The name 'The Chantry' comes from the fact that the house stands on the site of the house of the Chantry Priest of St Andrews. Archaeologists from the University of Bristol have excavated the site and discovered remains of the monastic community.  Under the Minster they also found an intact skeleton dating to around the time of the Roman invasion of Britain in the 1st century AD. The Chantry was built in the early 18th century and was owned by the Weston family in 1785 when Edward Jenner purchased the property. 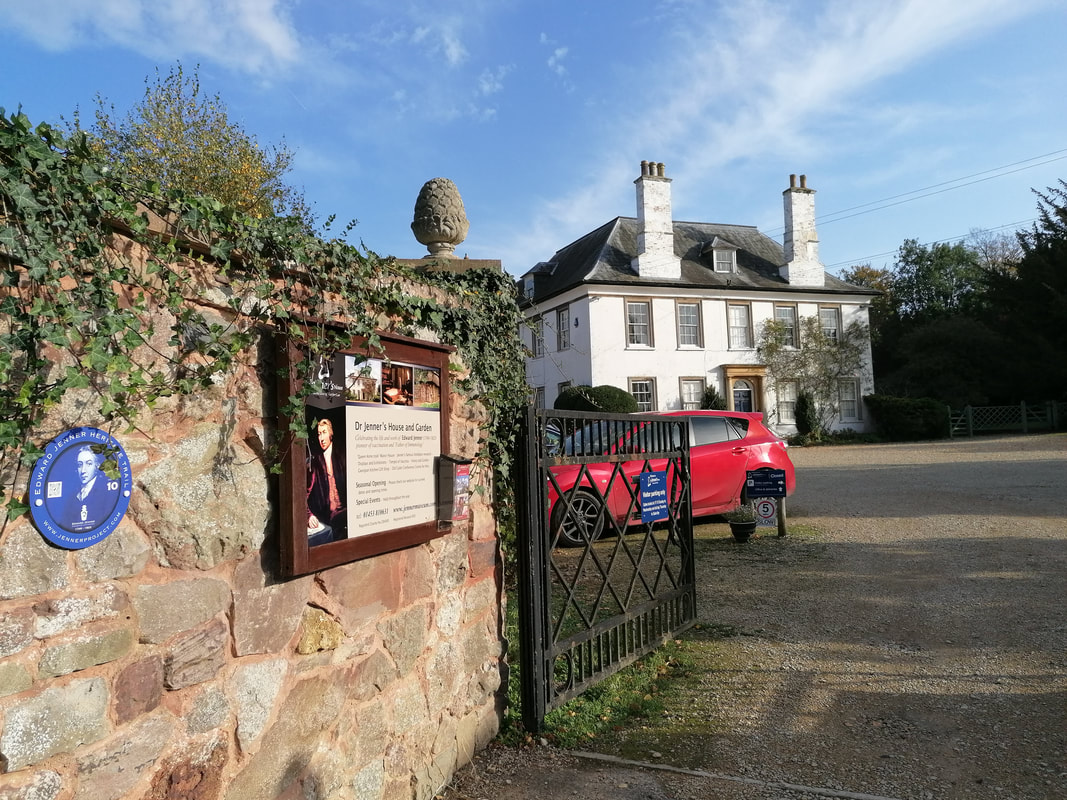 Dr Jenner's House, Museum and Garden. Image by The Jenner Project 2022 | 23
Jenner lived at The Chantry until his death in 1823. The Trustees sold the chantry to the castle who in turn sold it to the Church of England, who used it as the vicarage.  It was purchased by the Edward Jenner Society in 1985 to house the Edward Jenner Museum, dedicated to the science of immunology and to Jenner's life and work

He purchased The Chantry to be his marital home and lived and worked here with his wife Catherine, three children and servants.  From this house he did his crucial study of the use of cowpox to inoculate against smallpox as well as other research on things such as using blood as plant fertiliser..

The Chantry is a beautiful early 18th century Grade II* listed building built in the Queen Anne style.  Features of this earlier Chantry Cottage building remain in the museum shop.  In its attic there are rooms which were used by Jenner’s servants and much later, for army personnel engaged with maintaining the signals on the River Severn during World War II.  Graffiti left by some of those billeted there can still be seen in these rooms.

The garden, which is in the picturesque style, is also of historical interest.  It includes a vinery where some of the plants that Jenner acquired from Hampton Court still bear fruit and there is a Plane tree that he planted.

The house is now a museum that can be visited from Sunday to Wednesday between 11.00am and 3.00pm from Easter until the end of September.  Unplanned visits are welcomed, but tickets can also be sourced on its web site https://jennermuseum.com/visit
​
​Paying visitors to the Museum can also visit the Temple of Vaccinia (location 10) which lies in the grounds of The Chantry. Alternatively, if the Museum is closed it is possible to see it over the fence that separates the garden from the Church graveyard by entering the churchyard from Church Lane, turning left by the bell tower, following the path and then turning left alongside the museum garden.  A view will soon be obtained over the fence.  Click the QR code on the Plaque for further information.