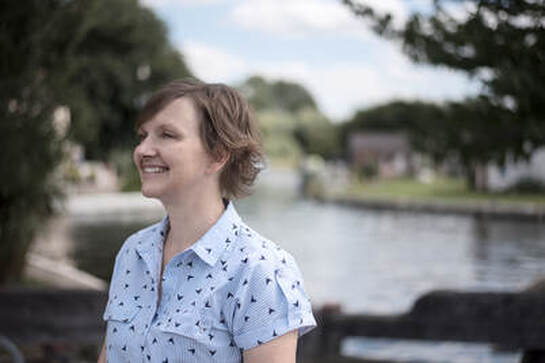 The musical production will be developed throughout 2022-23 and will take inspiration from, and be developed in partnership with, the communities of Berkeley Vale.

It is envisaged that music from the Celebration will be performed at events throughout Dr. Jenner's bicentenary year, including a grand scale June 2023 Outdoor Musical Celebration Performance and October 2023 Indoor Chamber Performance

These performances will be captured both aurally and visually, and made available both online and as an integral part of a lasting Heritage Trail throughout Berkeley, as a legacy of the project and enduring tribute from the community to one of their most famous sons.
Dr Liz Lane, Composer 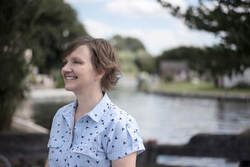 Liz Lane is a British composer who has been described as "the fine composer who's got such a gift for melody" [Ian McMillan, BBC Radio 3] and whose music has been lauded as "creatively brilliant" [4barsrest.com], "easily appealing, yet musically reputable" [Musical Times], "quite stunning - a beautiful work" [Will Goodchild, composer] and "spell-binding... touched the very core of one's heart" [David Fanshawe, composer and explorer]. Her style is frequently melodic but seldom predictable, with an appeal that enables her to write for performers of all abilities and varied occasions.

Since 2014, she has received four commissions from Bristol Cultural Development Partnership including Silver Rose, written to commemorate the anniversary of the start of World War 1 and premiered with narrator Robert Hardy CBE at Bristol Museum and Art Gallery, with repeat performances including Aldeburgh, Birmingham and Trinity College Cambridge. Dance where the Spirit Enlightens was written to mark the 70th anniversary of Arts Council England and the more recent co-creative Ghost Cinemas project with Mark Vasey, Steven Mead, Dildar Singh celebrated cinemas in Bristol which are now other venues. Commissions also include A different kind of urban for the Open University Choir to mark the 50th anniversary of Milton Keynes, and Tide and Time premiered by Foden's Band at the RNCM Brass Band Festival

In March 2021 she was appointed Composer in Association with the Grimethorpe Colliery Band; Enchanted Light, part of the Bluebird series, was broadcast with Belinda Evans (soprano) and Colin Booth (Ottavino) on BBC Radio 3. Robin Robin recorded by Steven Mead, Brighouse and Rastrick Band and David Thornton was broadcast on BBC Radio 3 in November 2021. 2021 also saw premieres such as Holding the Hill for the Forest of Dean Orchestra, commemorating the 70th anniversary of the Battle of Imjin River in Korea, and Rhythm of Light for the Hepworth Band, celebrating the life and work of sculptor Barbara Hepworth . She was also commissioned to write Hear the Call, marking the birthday of the NHS and recognising social care and frontline workers during the Covid-19 pandemic.

Liz started composing at an early age and received widespread media coverage as a child composer, including an ITV television documentary And I Write Music and a televised performance by the Royal Philharmonic Orchestra. She graduated from Cardiff University and subsequently achieved a postgraduate diploma from the Royal College of Music. Liz was awarded a PhD in Composition from Cardiff University in March 2010.

She worked extensively with the late composer and explorer David Fanshawe; published collaborations include orchestral and brass band arrangements of The Lord's Prayer from ‘African Sanctus’, including performances by Orchestra of Opera North, Northern Sinfonia and Black Dyke Band; Pacific Song, performed at the Miami Convention Center and English Suite, premiered by the Southbank Sinfonia at the Royal Festival Hall. She regularly created wind quintet arrangements for who visited care homes and special needs schools.

Liz has given lectures about her work to Wells Evening Society (2010 and 2015), Vega Probus (2016), Hereford Music Circle (2017) and Trinity Laban Conservatoire of Music and Dance (2017). In 2017 she adjudicated at the Bristol and District Organists' Association Composition Competition and BASCA British Composers Awards; she was also Guest Editor for Sound and Music 'The Sampler' magazine. She was a judge at the RWCMD Cory Composition Prize in 2017, 2018 and 2019, and in 2019 led the young composers competition workshop.

Liz is a part-time Senior Lecturer in Composition and Performance at the University of the West of England, receiving the 2016 UWE Bristol Computer Science and Creative Technologies Researcher of the Year for her work with OpenUp Music where she was previously Composer in Association, collaborating closely with the South-West Open Youth Orchestra, winners of the 2017 RPS Music Award - learning and participation; she is currently a trustee. She is also an Associate Lecturer with the Open University and Trinity Laban Conservatoire of Music and Dance. Liz is an experienced teacher and has delivered education projects for Cheltenham and Presteigne Festivals, also Worcester University; in 2017, she was composer and project manager for arts education projects Sinfonia Cymru's Boats, Tunnels and Bridges.

Current and future projects include 'What the Lark Saw' to celebrate the 150th anniversary of Ralph Vaughan Williams for the Three Choirs Festival, works for euphonium and piano, solo bass clarinet, and spinet, Surtaal Symphony, a large-scale cross-cultural venture for Bhangra band, brass band and soprano and the Jenner Project, a community opera to commemorate the bicentenary of smallpox pioneer Edward Jenner. She is published by Composers Edition, Kirklees and Wright and Round in the UK, and Bronsheim Music in the Netherlands.
​
Below can be found Dr Lane's "Robin Robin" featuring Belinda Evans (soprano) and Stephen Marquiss (piano). Additional examples of Dr Lane's work are available at www.lizlane.co.uk
lizlane · Robin Robin - Liz Lane | Belinda Evans (soprano), Stephen Marquiss (piano)
Heritage Trail